Ferrara’s Palazzo dei Diamanti hosts an exhibition featuring eighty drawings, paintings, and sculptures from Ferrara’s museums. The exhibition was designed to showcase the precious holdings of the Palazzo Massari complex, which was closed to the public as a result of the recent earthquake

From 13 October to 13 January, Palazzo dei Diamanti in Ferrara hosts a major exhibition titled “Boldini, Previati, and De Pisis. Two centuries of great art in Ferrara’s museums”, dedicated to some of the greatest artists of the 19th and 20th centuries and organized by Ferrara Arte together with the Gallery of Modern and Contemporary Art.
The exhibition, curated by Maria Luisa Pacelli, Barbara Guidi and Chiara Vorrasi, is a consequence of the closure of the Palazzo Massari complex -which houses the collections of the Ferrara Gallery of Modern and Contemporary Art – due to damage from the earthquake that struck Emilia Romagna in May. The exhibition makes this patrimony temporarily accessible, until it will once again be exhibited in its original venue. The exhibition thus becomes an occasion to raise awareness of the need to safeguard these and other artistic treasures damaged by the earthquake: according to the Municipality of Ferrara and Ferrara Arte’s project, the masterpieces on display will become the very emblem of Ferrara itself.
The itinerary features about eighty paintings, drawings, and sculptures tracing 150 years of local, national, and international art, including masterpieces by Boldini, Previati, Mentessi, Minerbi, Melli, Funi, and De Pisis, along with other great Italian masters such as Gemito, Boccioni, Carrà, and Sironi, held in the Ferrara Gallery of Modern and Contemporary Art.
The exhibition begins with figurative art from Ferrara from the first half of the 19th century. These works comprised the core of the modern section of the Municipal Pinacotheque, and include pieces by Giovanni Antonio Baruffaldi and Giovanni Pagliarini exploring literary and religious themes, and other, more romantic works by Girolamo Domenichini, Massimiliano Lodi, and Gaetano Turchi, which echo the glorious past of the House of Este or reflect the tensions and hopes of the Renaissance period. Portrait, landscape, and cityscape paintings from the second half of the century include works by Giuseppe Chittò Barucchi and Pagliarini. A particularly noteworthy figure in this field is Giovanni Boldini, whose output the exhibition documents extensively, in order to stress his role as one of the undisputed protagonists of the Belle Époque and, more generally, his importance with regards to the renewal of Italian and international paintings in the second half of the century, as testified by the establishment of a museum dedicated to him in 1935. The exhibition features several of the artist’s masterpieces, portrait icons such as Portrait of the Subercaseaux child, Fireworks, Stroll at the Bois de Boulogne, and Lady in pink, but also atelier interiors, still lifes, and cityscapes.
In the 20th century, the museum’s collections were augmented by works by local artists, such as Charing Cross Bridge by Alberto Pisa, Giuseppe Mentessi’s Peace, and Gaetano Previati Theft of the body of Christ; all these artists achieved fame outside of Ferrara. The itinerary compares Previati’s symbolist masterpiece, Paolo and Francesca and several of his divisionist paintings with secessionist and futurist paintings by Arrigo Minerbi, Aroldo Bonzagni, Umberto Boccioni, Roberto Melli, and Annibale Zucchini, in order to highlight Previati’s role as a pioneer and the importance of his lessons for future generations.
The exhibition then turns to the period between the two world wars, represented on one hand by the paintings of Roberto Melli, inspired by the expressionist vein of the Roman School, and on the other by Achille Funi’s modern classicism, whose work is displayed alongside that of artists from the ‘return to order’ movement and whose poetics looked to archaism, such as Carlo Carrà and Mario Sironi. The work of the Pianori Foundation and a bequeathment from Manlio and Franca Malabotta have made it possible to trace the entire creative arc of the last 200 years in the Ferrara area.
Numerous educational projects targeting schools and families will be organized on the occasion of the exhibition, including the publication of a children’s book put together by Ferrara Arte thanks to the support of Eni. 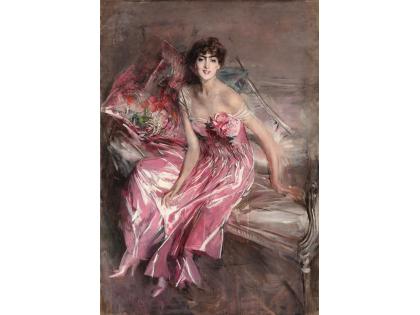 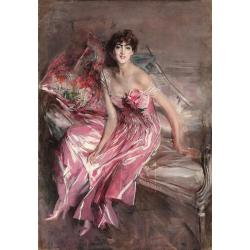 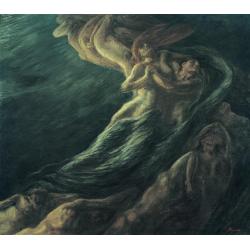 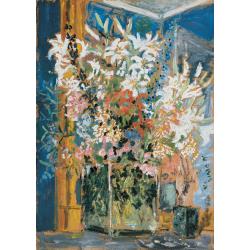