Maurice Henry: A surrealist with a sense of humor

A major retrospective exhibit is getting under way in Milan, dedicated to the French artist who participated in the Breton group, innervating it with his particular vision of art and life

A large anthological exhibit dedicated to the complex artistic output of Maurice Henry, a surrealist and comic-strip illustrator, is taking place at the Galleria Gruppo Credito Valtellinese of Milan from December 4, 2009 to March 14, 2010.

Poet, illustrator, painter, writer and urbane fellow Maurice Henry's adventure has left its mark of the life of Milan since 1964, the year in which he assiduously frequented the Lombardian capital. Maurice Henry, surrealist by vocation, took part in the group called Le Grand Jeu in 1927, along with his friends Harfaux, Daumal, Vailland, Gilbert-Lecomte: the group sought to represent, with its innovative practice, “a mad attempt to give meaning back to a world that no longer had any.”

Maurice Henry's first works – as can be seen in the exhibit – are drawings inspired by an often enigmatic vision of the world, where humoris used as an element to soften a cruel view of life.   Wasn't it Freud himself who believed in the liberating, therapeutic value of a spiritual motto? Laughter, we know, is good for the body and mind and, the person or thing that makes us break out in peals of laughter carries out an action so perfect as to be comparable to a masterpiece – no, better yet, to embody it. Henry “ knew, first of all, how to adapt the comic illustration to Surrealism.” (M. Boujut).

André Breton, who was the main theoretician of the Surrealist group, wrote the following about him: “The surreal image, in all of its original freshness, continues to appear in Maurice Henry. Each time that, still groggy, he comes over in the morning bearing a brand-new drawing for the newspaper, I'm happy, and I think that with good manners – his – we have understood the world.”

The large-scale anthological retrospective presents over three-hundred works: surrealist drawings, comic drawings, sculpture-objects and paintings on canvas. The exhibit makes use of an international curatorial audience of the highest caliber: Arturo Schwarz, Alain Jouffroy, Daniel Abadie, George Fall, Nelly Feuerhahn, François Dufrêne and Dominique Stella, with works on loan from Paris' Centre Pompidou, the Musée Tomi Ungerer of Strasbourg, and from collections in Italy and abroad, from Guido Peruz and the Maurice Henry Archive.

Painter, set designer, director Henry left behind, besides his paintings on canvas, photos, object-sculptures, short films, and innumerable drawings published in French newspapers beginning in the 1930's all the way to the 1960's, and reports for the most important newspapers. The exhibit – the most extensive to date to be held in our country – reflects on all of the facets of Henry's complex artistic output, and celebrates him precisely in the fortieth anniversary of his abandonment of the comic strip. In 1968, in fact, Henry left France to settle in Milan and dedicate himself entirely to painting. He died in 1984, admired and renowned throughout Europe. 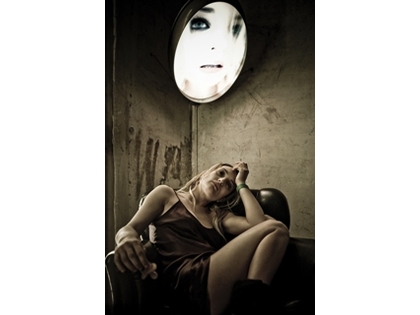 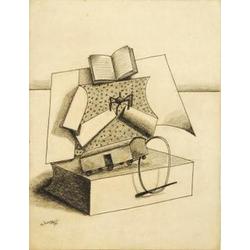 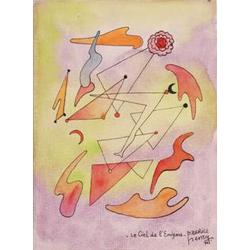 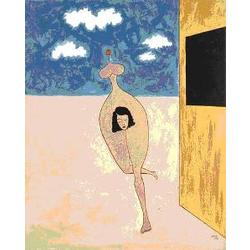