A sea of biodiversity

Marine protected areas are a rich and spectacular part of our natural heritage. Their flora, fauna, and archaeological attractions make them ideal destinations for sustainable tourism for both adults and kids. From the Gulf of Trieste to the Egadi Islands, Italy’s coasts, marine waters, and underwater landscapes provide a variety of thrills and opportunities

A proposal by the President of the Tuscany regional government, Enrico Rossi, to create a marine protected area -  the “Cetacean Sanctuary” – in the area between northern Sardinia, the Côte d’Azur, and the southern Tuscan coast, reawakened interest in the status of Italian marine parks, which have seen their funds drastically cut over the years. Indeed, in the last ten years the Ministry of the Environment has cut funding by 70%, and the current government presided by Mario Monti has allocated a mere 3.6 million Euros – or 0.0002% of Italy’s GDP – to marine protected areas. These environmental cuts are in stark contrast to the interest our marine protected areas generate throughout the world. Additionally, according to a recent survey by Coldiretti, the current economic crisis means that most Italians will prefer domestic destinations – especially those with natural and environmental attractions – over exotic ones. Given that tourism is one of Italy’s main economic sectors, it is clear that limited funds lead to weaker protection measures and place thousands of jobs at risk. Because of this, major threats loom over the uncontaminated marine protected areas that contribute so much to Italy’s cultural and natural heritage, from north to south. 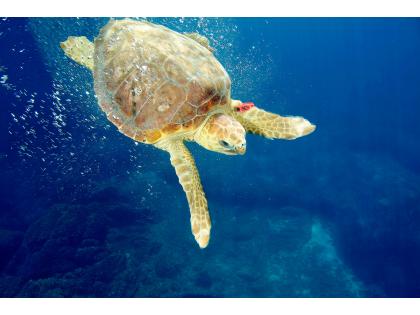