Macedonio Castle, built over the ruins of an earlier Longobard castle, stands atop the highest hill in the town of Grottolella. Much like the other castles of Irpinia, the building has been renovated countless times, especially during the Swabian, Capetian, and late Aragonese rule. According to historical sources, the first documented siege of the castle, and the subsequent renovation, took place around the middle of the 12th century at the hand of troops led by Roger II of Sicily. In 1650 the Macedonio family, the lords of Grottolella, turned the castle into a sumptuous aristocratic residence. 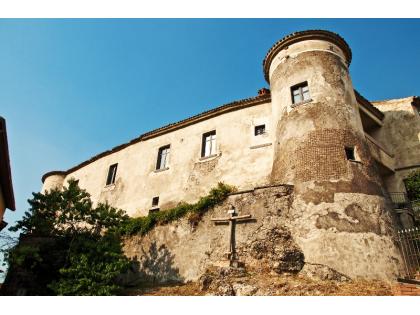