"Recounting the middle ages in Frosinone province", a multi-media itinerary in Atina

Atina’s Palazzo Ducale and an online portal provide a virtual journey through the castles, hermitages, and abbeys of Frosinone province. The interactive installations allow visitors to select their guide of choice: a pilgrim, a monk, or a knight

This past 29 October saw the inauguration of the “Recounting the middle ages in Frosinone province” project at Palazzo Ducale in Atina (Frosinone). This virtual itinerary aims to promote knowledge on the medieval historic, artistic, and architectural heritage of Frosinone province. The three multi-media, interactive installations available at Palazzo Ducale were built by the Technological District for Cultural Heritage and Activities (DTC) of the Latium regional government, managed by Filas. The project as a whole, which also comprises a portal, was put together by Civita Servizi, the University of Cassino and Southern Latium, Engineering Ingegneria Informatica, and Ciccarelli Srl.  All maps are based on data from OpenStreetMap, the open-access wiki world map which provides the places of interest, and from the CulturaItalia portal of the Ministry of Cultural Heritage and Activities.
Three multi-media installations help the public along a virtual journey through the province of Frosinone in the middle ages, taking in architecture, painting, sculpture, and books, featuring some of the leading names in literature and religion, including Dante Alighieri and Saint Thomas Aquinas. Only a few kilometres south of Rome, Frosinone province is the native home of numerous saints and popes of great historical importance. As such, over the centuries it has been a destination for pilgrims and a place for the powerful noble families who held fief over the area to showcase their might. The multimedia itinerary is a veritable virtual journey through the artistic, historical, architectural, and literary heritage of this major medieval cultural hub.
Through the use of a touch screen totems, visitors have the opportunity to view and touch works of art made fragile over time, and otherwise impossible to see since they cannot be exposed to light. Visitors are led by their guide of choice (a pilgrim, a monk, or a knight); the interactive itinerary helps visitors discover a series of “virtual trails”, selecting from the 26 points of interest displayed on a map highlighting churches, monasteries, castles, or hermitages, from the Abbey of Montecassino to the Castle of Ausonia, the Anagni Cathedral, the Cistercian Abbey of Casamari, Trisulti, and the Caprile hermitage, located in an ancient hamlet and currently part of the municipality of Roccasecca. In addition to sites of religious interest, the wonders to be discovered include secular buildings such as the Castle of Fumone, the Vico nel Lazio fortress, Palazzo Ducale in Atina, and the castles of Arnara and Vicalvi.
Thanks to integration between historical events and characters and the images of historic town centres, secular and religious architectures, frescoes, and ancient books, this comprehensive cultural overview becomes a sort of “impossible museum”, whose virtual tourism offer combines the cultural attractions of Frosinone province with local heritage that is either irredeemably damaged or has been transferred elsewhere in the world. Concerning ancient books, a special section is dedicated to the ancient art of scriptoria, also known as the art of amanuenses. The virtual itinerary continues beyond Atina’s Palazzo Ducale: information material and a video are also available on the project’s portal, a tourist itinerary providing information on the Middle Ages in Frosinone province and also available via smartphone.
The goal of the “Recounting the middle ages in Frosinone province”  project is thus to promote the province’s medieval heritage among a wider audience, in light of the fact that its architecture, frescoes, and wonderful ancient books are already widely appreciated by the global scientific community as the output of a flourishing cultural hub, which around the year 1000 served as a stylistic template throughout Italy and Europe, yet remain poorly promoted and rarely chosen as a destination for cultural tourism. 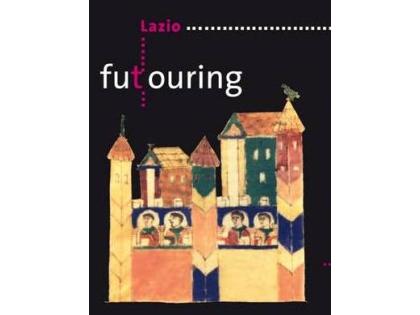